Susan R. Kagan defines vampire songs as “those with obvious vampire lyrics, those obliquely vampiric, those allegedly vampiric, those in which vampires are mentioned, and those found on the soundtracks to vampire films.” For the sake of this article, I’ll only list complete songs, not snippets from TV or movie scenes. Trailers didn’t make the cut, either.

I determined the most popular vampire songs through a highly scientific method: typing “vampire” into YouTube and sorting the results by “view count” in the filter. So, apologies in advance to any “obliquely vampiric” or “allegedly vampiric” songs out there. I probably missed you. Next time, choose an overt title or description.

The list is in ascending order and surprisingly eclectic. I’ve done my best to trace the song’s original album release (keeping in mind that YouTube video titles can veer wildly from their sources), but in one case, that was pretty hard to determine. In another listing, the song appeared in a non-vampiric source first, but is popularly associated with a certain vampire movie. You’ll see. Without further ado, let the countdown begin! 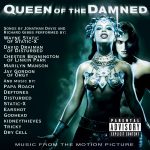 Bear with me, because attributing the right singer to this song’s a bit of nightmare. Firstly, this is one of the songs rock star Lestat (Stuart Townsend) sings in Queen of the Damned (2002). The accompanying clip is a music video in the the movie. Yet, Townsend’s not actually singing. The highly-viewed YouTube video bills Korn as the artist, but it was actually co-written (with Richard Gibbs) and sung by the band’s lead singer, Jonathan Davis, with “Double Violin and Vocal Improvisation by Shenkar” according to IMDb. However, according to kilScene, “Lestat’s vocal performances were actually sung by L. Shankar, who trained with Jonathan Davis to get all of Davis’ vocal inflections down.” Why? Because “Jonathan Davis was not allowed by Sony to provide any vocals for the soundtrack” due to contractual agreements with another label.

In fact, it’s not Davis’ version of the song that appears on the album’s official soundtrack, but Disturbed’s lead singer, David Draiman—whose version plays over the film’s closing credits. Draiman’s version also features in Paula-Maree Cavenett’s “10 Songs to Awaken Your Inner Vampyre.” There was apparently a reissue of the soundtrack that featured Davis’ version, but according to Wikipedia, it is “Available via Torrent download only”—which suggests it might have a less-than-legal pedigree. Davis later recorded the track for his 2007 album, Alone I Play, which seems to be the earliest authorised version of the song I’ve come across. 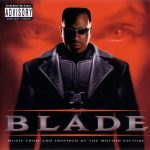 Remember Blade‘s opening scene? The camera ventures into an underground club where everyone’s dancing to a techno song before Blade makes his grand entrance. This is that song—the full-length version. It’s a remix of New Order’s single “Confusion,” first released in 1983. The remix was released in 1995 on Pump Panel’s Confusion / Re-Mover single and included on New Order’s compilation album, (The Rest of) New Order, that same year. The song is sometimes confused with Warp Bros and Aquagen’s “Phat Bass” and Public Domain’s “Operation Blade” (both 2000), because they sample the Pump Panel remix. Either way, this track’s best-known for its use in Blade‘s opening scene. If you haven’t seen the opening scene, watch it here. It’s awesome. 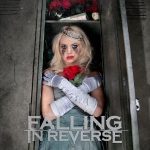 This track’s a lot more poppier than I’d expect for a post-hardcore act. I also can’t help being distracted by lead singer, Ronnie Radke’s hair. He owes Russell Brand, Noel Fielding and Short Stack’s snazzy trio a favour. Anyway, the vampire aspect.  Radke insists he’s not a vampire, “but I feel like one” and “I sleep all day because I hate the sunlight.” As the lyrics soon reveal, this has nothing to do with genetic disorders like Xeroderma pigmentosum or undead propensities toward bursting into flame, but substance abuse problems, where “whiskey seems to be my holy water” and “my daddy should’ve never raised me on Black Sabbath.” Deep. Maybe that’s why he’s dressed up like a member of Mötley Crüe.

people who are different, unpopular, or great sinners are apt to return from the dead. It may be merely a corollary of this rule that in Eastern Europe alcoholics are regarded as prime candidates for revenants. Löwenstimm gives accounts from Russia of people who were unearthed merely because while alive they were alcoholic: “In the year 1889 the peasants of the village Jelischanki, in the Saratow District, opened the grave of a man who had died of alcoholism and had been buried in the general churchyard, and they threw his body into the nearest river.” (29–30)

Radke rounds off his song by singing, “I’m not a zombie / But I feel like one”! The plot thickens. So, you might not be a vampire now, Radke, but you’ll be headed that way if you’re not careful! 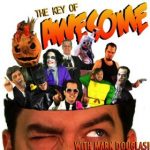 I’m surprised to see this song so far up the list. I remember when Barely Political‘s Ben Relles sent this music video along to me, so I’d feature it on my (former) blog, Diary of an Amateur Vampirologist. And I did—almost four years ago. Nonetheless, getting approached to blatantly hawk stuff made me a little uncomfortable. It was one of the reasons I wrote a post about blogging ethics. My post aside, Relles’ approach with me and other bloggers or sites must’ve worked, because this is the second-most viewed vampire tune on YouTube. I guess I was a little wet behind the ears.

Although I’ve cited the album the track appears on, the clip itself is actually The Key of Awesome’s Season 1, Episode 3 instalment, “TWILIGHT SUCKS! Emo Vampire Song” (2009). At the time, I found the video a little forced. Twilight hate was in full-swing, but there was only so many parodies and digs at the saga you can see before you start getting a little burned-out. The Dracula vs. Edward Cullen thing was already old hat and this video revels in it. And that “Twilight sucks? Agree?” bit in the video’s description? It’s like, “Gee, Twilight sure is sucky. Amirite, guys?” A little desperate.

On viewing it now, though, there’s stuff I actually like about this tune. The “I’ll never be an emo vampire / Setting tweenaged loins on fire” refrain is wonderfully plaintive and the melancholic piano chords backing it is pretty cool. I would’ve liked more of that. Unfortunately, the singer goes into spoken word laments in a mock Lugosi accent which I found a little jarring. I get that it’s part of the song’s Dracula vs. Edward Cullen schtick, but I would’ve preferred more plaintive singing, please. That said, there is a mildly pedophilic vibe to it. I mean, “tweenaged loins”? “If I can’t score with these high school girls”? Squick.

However, I also gotta admit that it’s pretty awesome seeing Dracula wailing with an electric guitar. More of that please. More plaintive ballad, more high notes, less moaning about high school girls. If it was less weighted down by spoken/sung Lugosisms and played out more like a vampire version of Guns n’ Roses’ “November Rain,” it would’ve been far better. “I’ll never be an emo vampire” is pretty catchy, though. 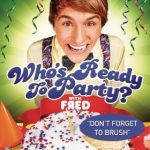 For shame, YouTubers! For shame! If ever a song deserved a stake through the heart, it’s this one. I feel bad for even admitting this song on the list—but I must for the sake of journalistic integrity. And don’t say I didn’t warn you: from the moment the video opens with Figglehorn blurting “Hey it’s Fred! Happy Halloween, everyone!” you’ll want to impale your eardrums with rusty skewers. Fred sounds like a cross between a party horn and someone hopped up on helium and speed. “But, that’s his whole gimmick! It’s for kids!” screams the hypothetical fan in equally high-pitched fashion. “Yes, I know,” I respond. “Also, chill the fuck out.”

For the fortunate few who haven’t heard of Fred, he’s the inexplicably popular creation of American actor, Lucas Cruikshank. The character, however, is a perpetually hyper 6-year-old kindergarten who participates in various adventures with varying degrees of annoyance. In this instance, Fred is left at home while his parents attend a costume party. He’s left with a babysitter who suspects may be a vampire because she “called the blood bank and asked if they deliver”, seemingly casts no reflection in a mirror and he watched Twilight, “which left a lasting impression.” Yeah, ok.

Believe it or not, this tripe spawned an “answer” song called “FRED was wrong! Here’s my “I’m NOT a Vampire Song”” by Kelly Landry, the babysitter vampire in Fred’s video. On the plus side—if I can give it one—it’s far less irritating. Fred also tackled vampires again in a movie called Fred 2: Night of the Living Fred (2011). Vampire film reviewer, Andy Boylan, said it “relied on the antics and voice of Fred and, candidly, for me it was like listening to someone running their fingers down a blackboard, again and again and again.” That sounds a lot like this video, too.

And that’s a wrap. You can find all these tracks in playlist form on Vamped’s YouTube channel. I’d like to thank Erin—I think—for introducing me to the Kelly Landry track. But please, people: let’s knock “The Babysitter’s a Vampire” off the top. Watch something else. There’s better vampire songs out there, dammit. I’ll get the ball rolling. The rest is up to you!

I cited The Key of Awesome (Deluxe Edition) as the first album release featuring Mark Douglas’s “Emo Vampire”, the second place entry on the list. Screencap:

In my defense, the friggin’ YouTube clip for the song lists links to the deluxe edition in the “Get the songs on iTunes!” section of its description. Oh well, no more excuses. I’ve amended the listing accordingly. Cheers, Erin!

At the beginning of the article, I wrote:

Vampire scholar, J. Gordon Melton, defines vampire songs as “those with obvious vampire lyrics, those obliquely vampiric, those allegedly vampiric, those in which vampires are mentioned, and those found on the soundtracks to vampire films.

The quote is from J. Gordon Melton’s The Vampire Book: The Encyclopedia of the Undead, 2nd ed. (Detroit: Visible Ink Press, 1999), via a link to the encyclopedia’s “Music, Vampire” entry, hosted by Answers.com. However, last night I remembered J. Gordon Melton didn’t write that particular entry—Susan R. Kagan did. The opening line of this article has been corrected, accordingly.